Ensemble Musica Gloria is a young and vibrant professional early music ensemble aiming for international top quality. It was founded and is directed by traverso player, harpsichord and maestro al cembalo Beniamino Paganini and meanwhile co-directed by oboist Nele Vertommen. Throughout the years, Musica Gloria has built a solid foundation with the mission to move listeners with affectionate, lively, colourful and historically informed performances, with (copies of) historical instruments. The ensemble does not shy away from well-known masterpieces and also likes to perform unjustly unknown compositions. Essential is to tell the audience a fascinating musical story and to let them experience inspiring, touching and hearth-warming moments. Indeed, the audience describes their concerts often as ‘brilliant, sublime, wonderful, delicious and unforgettable’. The ensemble members enjoy preparing and performing concerts in an open, amusing and harmonious atmosphere with respect for the music, composer and each other. Musica Gloria was already invited by organisations like Klara, BOZAR, AMUZ, 30CC, MAfestival, Musica Antica, Mubafa, Festivals de Wallonie and Concertgebouw Brugge. They made already quite some recordings, most of them available on YouTube. For the 2022-23 season, Musica Gloria receives grants from the Flemish government.

Musica Gloria was founded in Bruges in 2006 by the then 12-year-old Beniamino. At the beginning the ensemble and its choir, consisting of about 20 enthusiastic children (aged 5-17), moved the hearts of their audience with baroque Christmas concerts based on old Christmas songs held in a wonderful warm atmosphere. The ensemble continued developing and in 2014 was selected for the fringe concerts of the MAfestival in Bruges and the Early Music festival in Utrecht. Since than it has become a professional ensemble with a strong base thanks to diverse concerts with versatile range instrumentations: from traverso with strings and basso continuo (e.g. Bach tour) to orchestral setting (Bach-Mozart tour) and from voice with ensemble (Purcell, Händel & Bach tour) to duo concerts (German chamber music with a French touch).

Musica Gloria’s core repertoire currently consists of music for ensembles of up to ten musicians from the first half of the 18th century. Plans are being made to expand this in time (e.g. 17th century), in instrumentation (to oratorios and opera) and with other art forms (e.g. baroque dance and gestures). Musica Gloria also wants to play an important role in bringing early music to the youngest audiences. 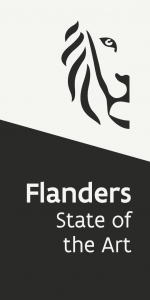 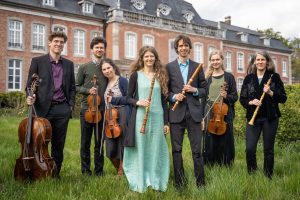 Music is a taskmistress which makes people milder and more gentle, more civil and more sensible.

It still suggests that music directly impacts oxytocin levels, which, in turn, affect our ability to trust and act generously toward others. 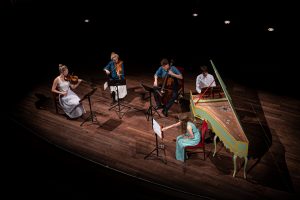 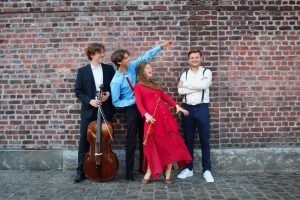 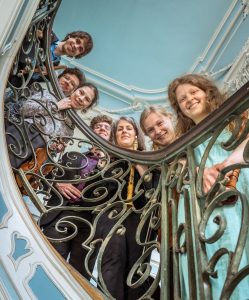 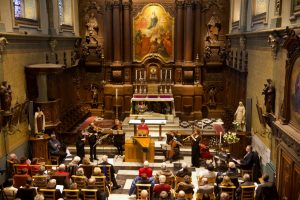